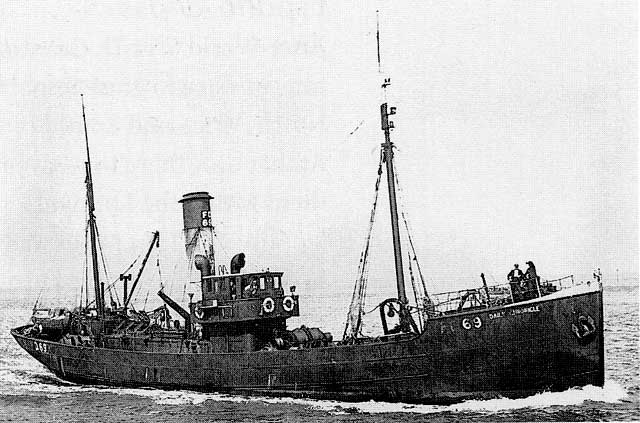 The old farmer Sverrir that lived at Ásmundarstöðum close to Raufarhöfn showed me were the steam trowler St Honorius sailed on a rock close to his farm and sank 19.01.1933. The bottom is coverd with kelp forest and after long dive I had not found the trawler. Then I noticed the kelp forest had different color and with closer look the darker kelp grew on the steel. In the end of the dive I found St Honorius but I still have to find the propeller, steam boiler and the rest of the trowler.

The story of the two steam trowlers Sicyion an St Honorius. Sicyion was built of steel in 1906 and was 282.5 gross tonn and around 43 meters long. Sicyion left Grimsby 03.01.1933 and was going to the fishing grounds north of Iceland. In still sea and good wether Sicyion stranded at Ásmundarstaðareyri the 15.01.1933.  All the 12 fishermen on board was rescued. At the same time St Honorius left Hull on his way to the fishing grounds north of Iceland. St Honorius was built of steel in 1929, 357 gross tonn and around 47 meters long. St Honorius stranded at Ásmundarstaðareyri in good wether and still sea 19.01.1933 only some 700 meters from Sicyion and four day after he stranded. All the 14 fishermen on board was rescued. You can still see the steam boiler from Sicyon on the coast but the farmer Sverrir told me nothing was ever seen of St Honorius after he sank. This two steam trowlers was both built at Messrs. Cook,Welton and Gammell of Beverley. Epidemic of Influenza broke out on board of Sicyion and both the crew of  Sicyion and St Honorius was in isolation in the small fram of Ásmundarstöðum for over a month. You can find wreck report for both St Honoriu and Sicyion on the internet.